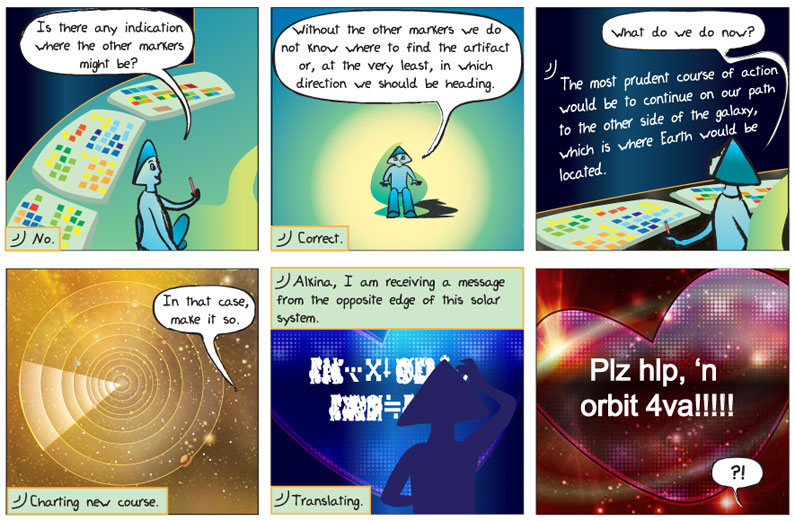 Panel 1.
Alkina: Is there any indication where the other markers might be?
Epo: No.

Panel 2.
Alkina: Without the other markers we do not know where to find the artifact or, at the very least, in which direction we should be heading.
Epo: Correct.

Panel 3.
Alkina: What do we do now?
Epo: The most prudent course of action would be to continue on our path to the other side of the galaxy, which is where Earth would be located.

Panel 4.
Alkina: In that case, make it so.
Epo: Charting new course.

Panel 5.
Epo: Alkina, I am receiving a message from the opposite edge of this solar system. Translating.
[On display, there are alien characters.]