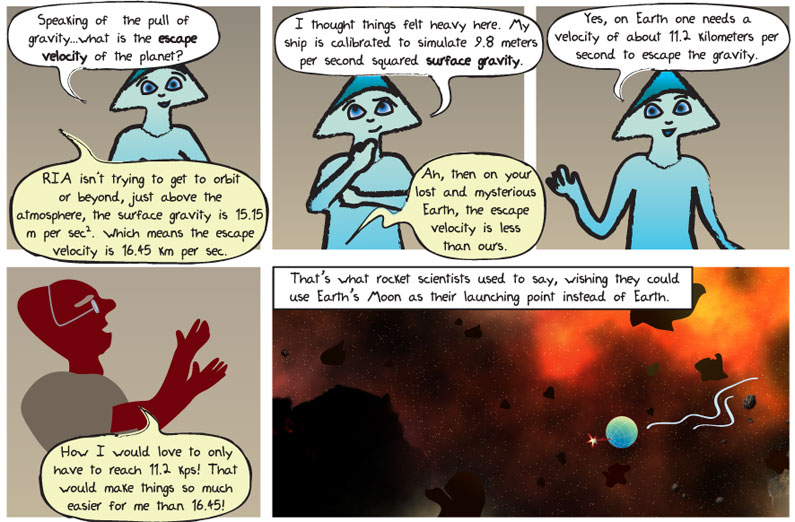 Panel 2
ALKINA: I thought things felt heavy here. My ship is calibrated to simulate 9.8 meters per second per second surface gravity.
G’SWIGT: Ah, then on your lost and mysterious Earth, the escape velocity is less than ours.

Panel 3
ALKINA: Yes, on Earth one needs a velocity of about 11.2 kilometers per second to escape the gravity.

Panel 5 & 6
[Epo dodging and weaving through debris of stuff in the final two panels]
ALKINA-NARATION: That’s what rocket scientists used to say, wishing they could use Earth’s Moon as their launching point instead of Earth.

Escape velocity is equal to the square root of the quantity of two times the surface gravity, g, times the radius of the planet, r. So,

Given these two equations, can you find the radius and mass of G’swigt’s planet (answers next week)?