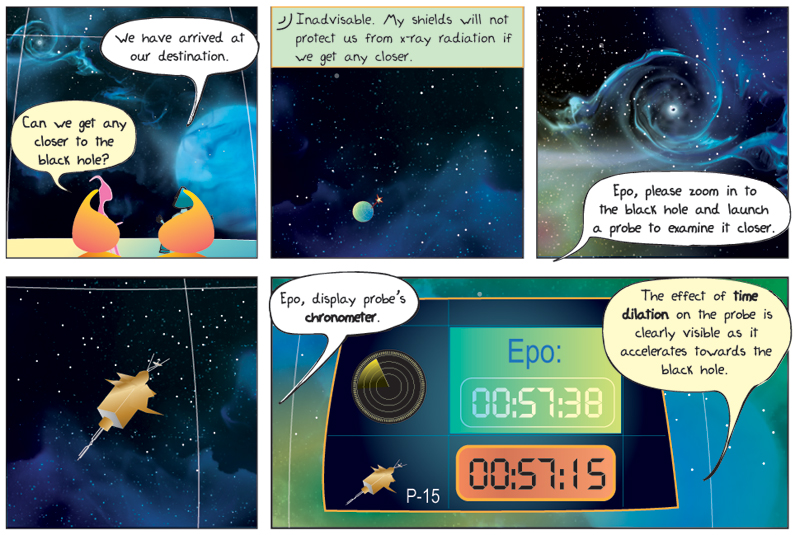 Panel 1.
Alkina: We have arrived at our destination.
Professor Ahmix: Can we get any closer to the black hole?

Panel 2.
Epo: Inadvisable. My shields will not protect us from x-ray radiation if we get any closer.

Panel 3.
Alkina: Epo, please zoom in to the black hole and launch a probe to examine it closer.

Panel 5.
Alkina: Epo, display probe’s chronometer.
Professor Ahmix: The effect of time dilation on the probe is clearly visible as it accelerates towards the black hole.

Chronometer – A watch that has been specifically designed to keep very accurate time.

Time dilation – is the name given to the phenomenon by which a clock closer to a massive object, like a black hole, will run slower than an identical clock that is farther away. This type of time dilation is predicted by Einstein’s General Theory of Relativity and has been tested successfully by flying a chronometer on an airplane and testing the effect against an identical clock that was left stationary on the ground.