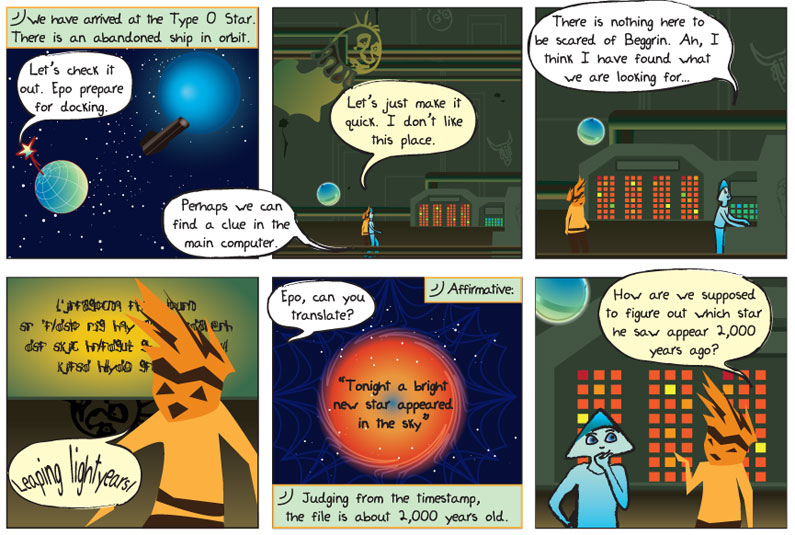 Panel 1
Epo: We have arrived at the type-O star. There is an abandoned ship in orbit.
Alkina: Let’s check it out. Epo prepare for docking.

Panel 2
Beggrin: Let’s just make it quick. I don’t like this place.
Alkina: Perhaps we can find a clue in the main computer.

Panel 3
Alkina: There is nothing here to be scared of Beggrin.  Ah, I think I have found what we are looking for…

Alkina: Epo, can you translate?
Epo: Affirmative. “Tonight a bright new star appeared in the sky.” Judging from the timestamp, the file is about two thousand years old.

Panel 6
Beggrin: How are we supposed to figure out which star he saw appear two thousand years ago?

It may seem like this clue has something to do with new star formation, but new star formation is not a process that would make a new star appear in the sky over the course of a day. Can you guess what kind of astronomical phenomenon could cause a new star to be visible in the sky on such a short timeframe? You might try looking at the history of astronomy here on Earth for clues about what could lead to the arrival of a new “guest star” in the sky.