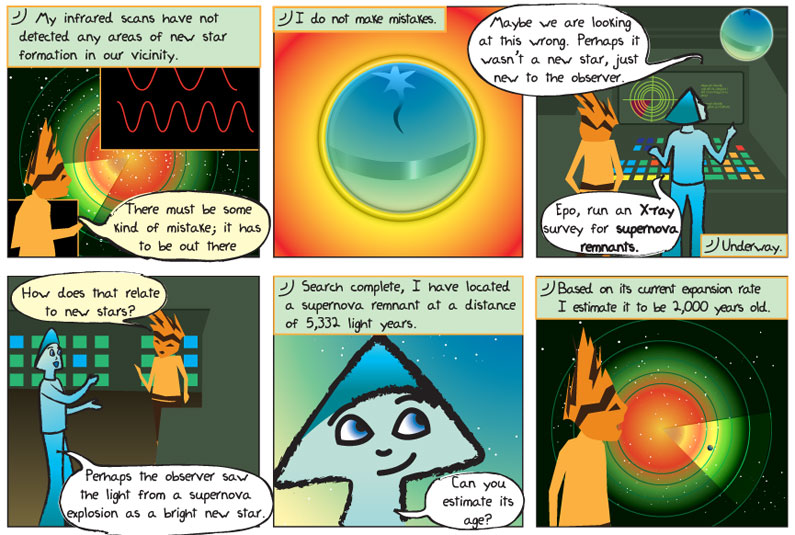 Panel 1
Epo: My infrared scans have not detected any areas of new star formation in our vicinity.
Beggrin: There must be some kind of mistake; it has to be out there.

Panel 2
Epo: I do not make mistakes.

Panel 3
Alkina: Perhaps we are looking at this wrong. Perhaps it wasn’t a new star, just new to the observer. Epo, run an X-ray survey for supernova remnants.

Panel 4
Beggrin: How does that relate to new stars?
Alkina: Perhaps the observer saw the light from a supernova explosion as a bright new star.

Panel 5
Epo: Search complete, I have located a supernova remnant at a distance of 5,332 light years.
Alkina: Can you estimate it’s age?9+6

Panel 6
Epo: Based on its current expansion rate I estimate it to be two thousand years old.