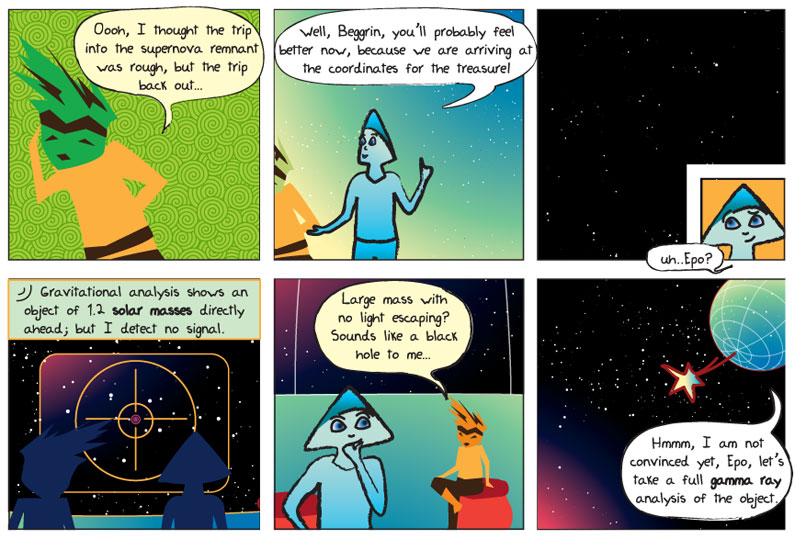 Panel 1
Beggrin: Ooooh, I thought that trip into the supernova remnant was rough, but the trip back out…

Panel 2
Alkina: Well, Beggrin, you’ll probably be feeling better now, because we are arriving at the coordinates for the treasure.

Panel 4
Epo: Gravitational analysis shows an object of 1.2 solar masses directly ahead; but I detect no signal.

Panel 5
Beggrin: Large mass with no light escaping? Sounds like a black hole to me.