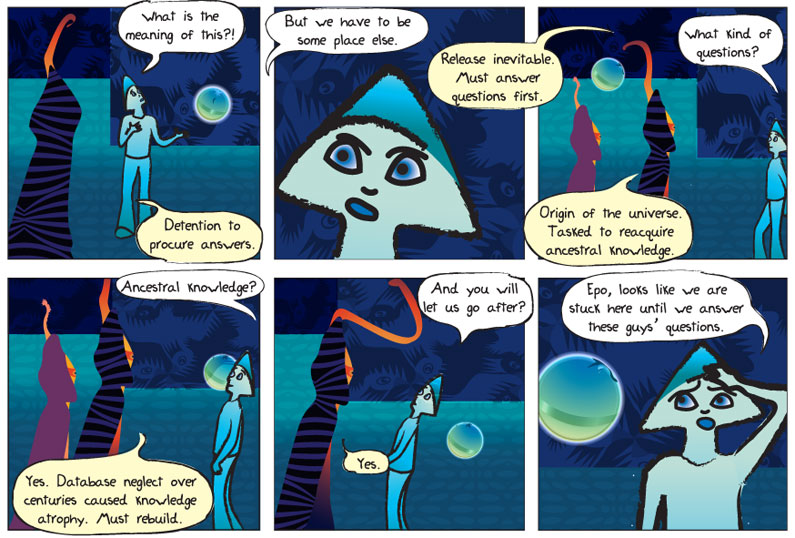 Panel 1
Alkina: What is the meaning of this?
Worldship: Detention to procure answers.

Panel 2
Alkina: But we have to be some place else.
Worldship: Release inevitable. Must answer questions first.

Panel 3
Alkina: What kind of questions?
Worldship: Origin of the universe. Tasked to reacquire ancestral knowledge.

Panel 5
Alkina: And you will let us go after?
Worldship: Yes.

Panel 6
Alkina: Epo, looks like we are stuck here until we answer these guys’ questions.

Epo and Alkina have been kidnapped by a civilization that is far more advanced than anything they have encountered before. The occupants of the worldship have been living in it for so long with all their basic needs provided for, that the knowledge their ancestors had acquired about the Universe has been lost due to their failure to maintain the computers that stored that knowledge. Now, it appears, for some reason, perhaps out of boredom, they are on a quest to regain that knowledge. Rather than using the scientific method to do their own experiments or make observations, these aliens have decided to learn it from other beings who already possess the knowledge they seek.