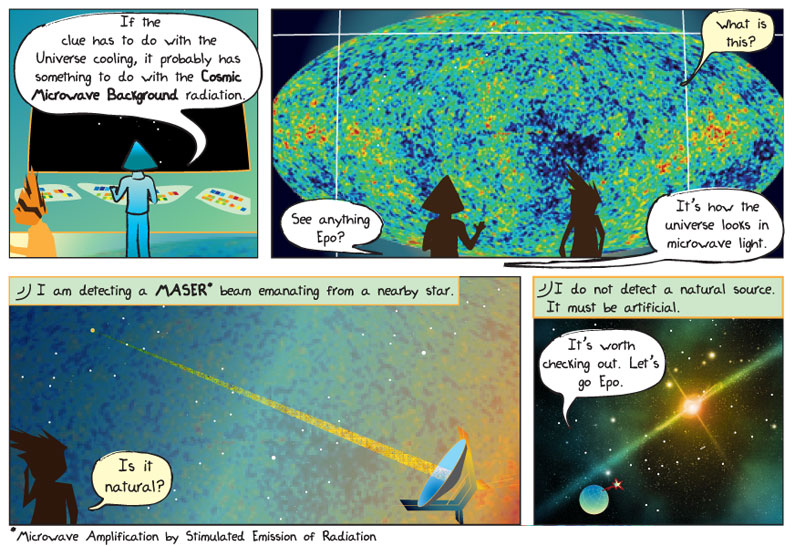 Panel 1
Alkina: If the clue has  to do with the universe cooling, it probably has something to do with Cosmic Microwave Background radiation.

Panel 2
Alkina: See anything, Epo?
Beggrin: What is this?
Alkina: It’s how the universe looks in microwave light.

Panel 3
Epo: I am detecting a MASER beam emanating from a nearby star.
Beggrin: Is it natural?

Panel 4
Epo: I do not detect a natural source. It must be artificial.
Alkina: It’s worth checking out. Let’s go, Epo!