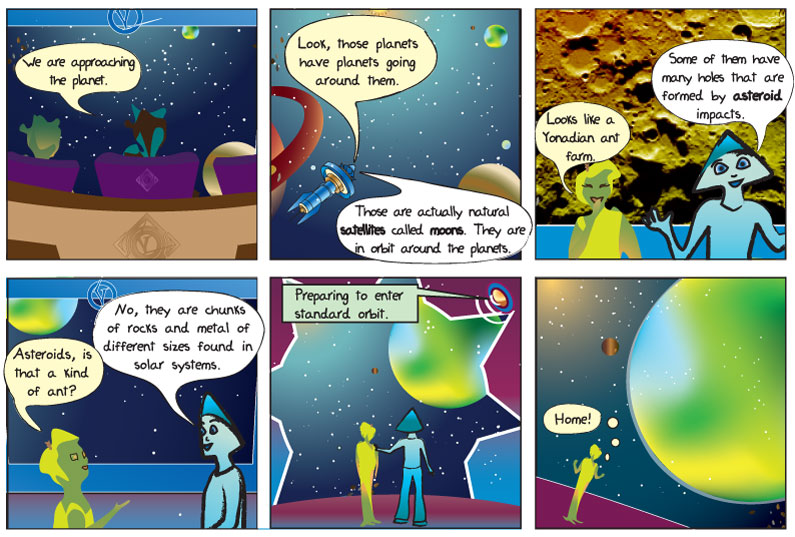 Panel 1.
Captian Ishian: We are approaching the planet.

Panel 2.
Granddaughter: Look, those planets have planets going around them.
Alkina: Those are actually natural satellites called moons. They are in orbit around the planets.

Panel 3.
Granddaughter: Looks like a Yonadian ant farm.
Alkina: Some of them have many holes that are formed by asteroid impacts.

Panel 4.
Granddaughter: Asteroids, that that a kind of ant?
Alkina: No, they are chunks of rocks and metal of different sizes found in solar systems.

Moon – is a celestial body that orbits a planet or smaller body.

Asteroid – is a rocky object in space that can be a few feet to several hundred miles wide.

What Killed the Dinosaurs? – Did a collision with a giant asteroid or comet change the shape of life on Earth forever?