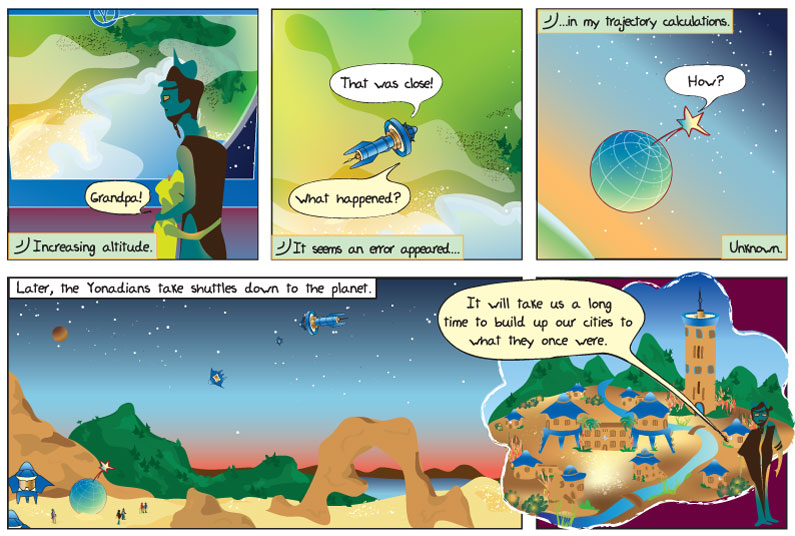 Panel 2.
Captian Ishian: That was close!
Granddaughter: What happened?
Epo: It seems an error appeared…

Panel 4.
Narrator: Later, the Yonadians take shuttles down to the planet.
Captian Ishian: It will take us a long time to build up our cities to what they once were.

You may notice that the future that the Yonadian elder is imagining has houses that look similar to the shuttles that they use travel to and from the generation ship.