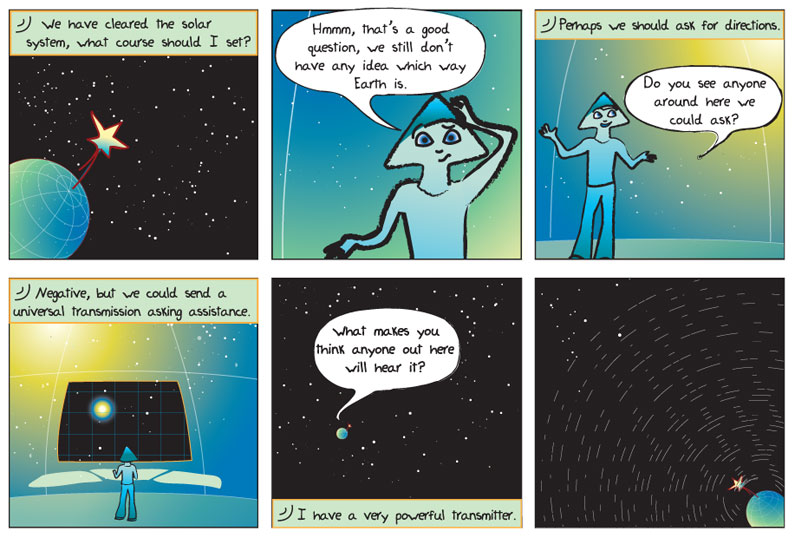 Panel 1.
Epo: We have cleared the solar system, what course should I set?

Panel 2.
Alkina: Hmm, that’s a good question, we still don’t have any idea which way Earth is.

Panel 3.
Epo: Perhaps we should ask for directions.
Alkina: Do you see anyone around here we could ask?

Panel 4.
Epo: Negative, but we could send a universal transmission asking for assistance.

Panel 5.
Alkina: What makes you think anyone out here will hear it?
Epo: I have a very powerful transmitter.
[Epo proceeds to transmit the signal]

Do you ever wonder where in this great big galaxy the earth is actually located? We are about 26,000 light years from the center, and our galaxy is somewhere between 80,000 and 120,000 lightyears in diameter. According to astronomer, Jacques P. Vallée, “Observationally, the Sun is located in the small local ‘Orion spur,’ roughly halfway between the large Perseus arm and the large Sagittarius arm.” The center of our galaxy lies in the direction of the constellation Sagittarius. 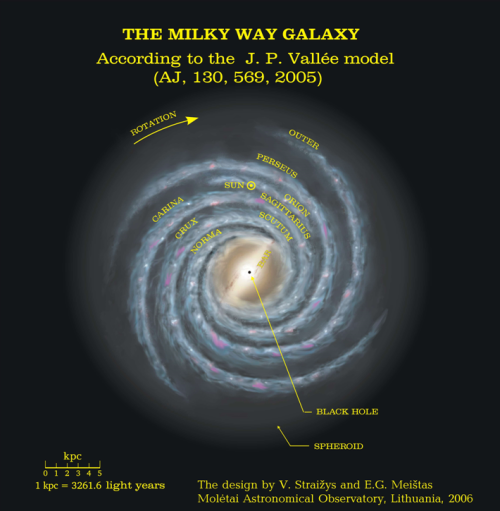