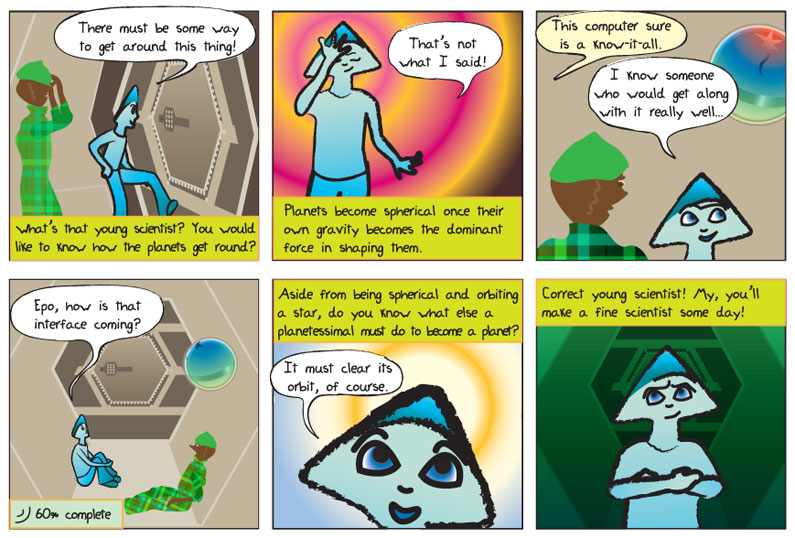 Alkina: There must be some way to get around this thing!

Station: What’s that young scientist? You would like to know how the planets get round?

Alkina: That’s not what I said!

Station: Planets become spherical once their own gravity becomes the dominant force in shaping them.

Jakar: This station sure is a know-it-all.

Alkina: I know someone who would get along with it really well. Epo, how is that interface coming?

Station: Aside from being spherical and orbiting a star, do you know what else a planetesimal must do to become a planet?

Alkina: It must clear its orbit, of course.

You may have wondered why the planets were fairly spherical and not some other shape like a cube or cylinder, or even potato shaped like the asteroids. It’s all because of gravity. A planet’s gravity pulls all the mass in that planet towards a single point; the center of gravity. If a planet has a strong enough pull, the planet becomes roughly spherical around that center of gravity. Of course, it’s not a perfect sphere, or we would have not features like mountains and canyons.