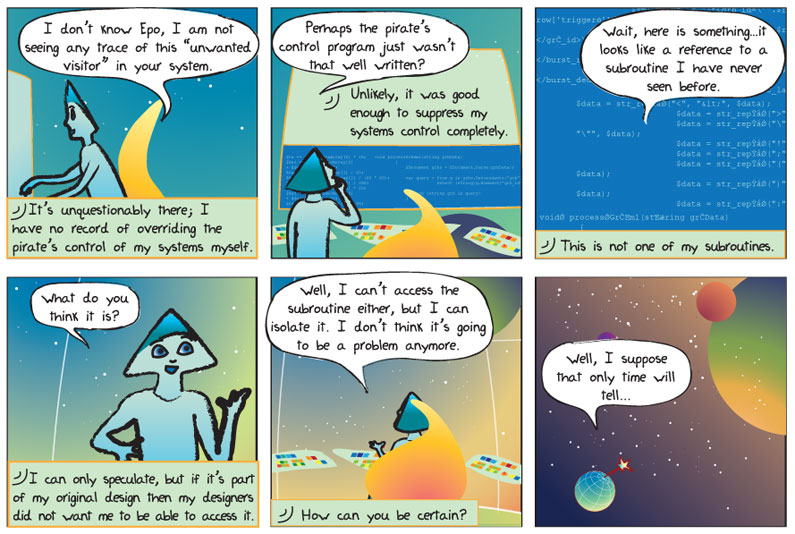 Panel 1
Alkina: I don’t know Epo, I am not seeing any trace of this “unwanted visitor” in your system.
Epo: It’s unquestionably there; I have no record of overriding the pirate’s control of my systems myself.

Panel 3
Alkina: Wait, here is something… it looks like a reference to a subroutine I’ve never seen before.
Epo: This is not one of my subroutines.

Panel 4
Alkina: What do you think it is?
Epo: I can only speculate, but if it’s part of my original design then my designers did not want me to be able to access it.

Panel 5
Alkina: Well, I can’t access the subroutine either, but I can isolate it. I don’t think it’s going to be a problem anymore.
Epo: How can you be certain?

Panel 6
Alkina: Well, I suppose that only time will tell…