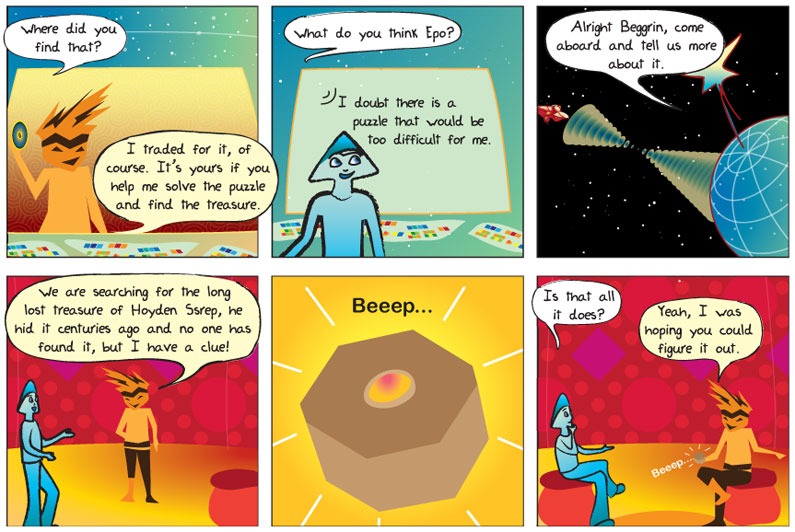 Panel 1
Alkina: Where did you find that?
Beggrin: I traded for it, of course. It’s yours if you help me solve the puzzle and find the treasure.

Panel 2
Alkina: What do you think, Epo?
Epo: I doubt there is a puzzle that is too difficult for me.

Panel 3
Alkina: Alright Beggrin, come aboard and tell us more about it.

Panel 4
Beggrin: We are searching for the long lost treasure of Hoyden Ssrep, he hid it centuries ago and no one has found it, but I have a clue.

Panel 6
Alkina: I that all it does?
Beggrin: Yeah, I was hoping you could figure it out.

It may not seem like much of a clue, but then again if it was an easy puzzle to solve, someone probably would have solved it by now. To find the long lost treasure of Hoyden Ssrep, Epo and Alkina will have to solve a series of astronomical puzzles and riddles. If you read carefully enough, you might be able to figure out what the treasure of Hoyden Ssrep is before Epo and Alkina do!