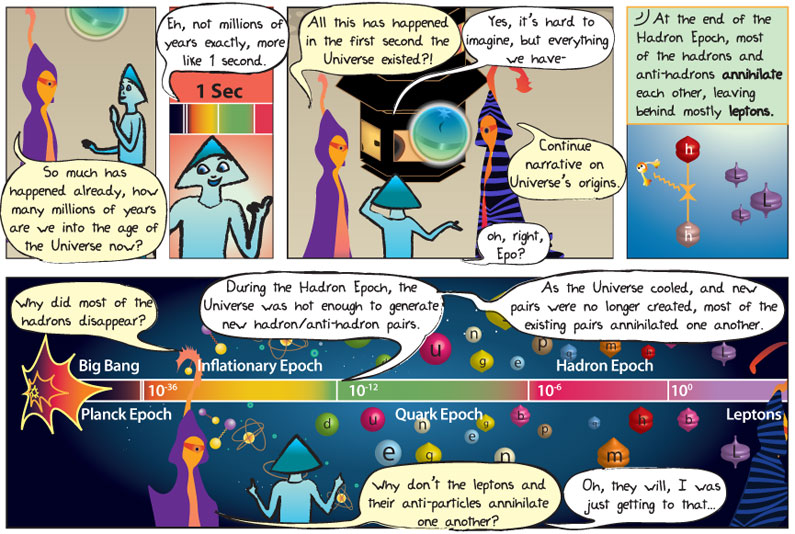 Worldship: All this has happened in the first second the Universe existed!?

Alkina: It’s hard to imagine, but everything we have…

Panel 3
Epo: At the end of the Hadron Epoch, most of the hadrons and anti-hadrons annihilate each other, leaving behind mostly leptons.

Panel 4
Worldship: Why did most of the hadrons disappear?
Alkina: During the Hadron Epoch the Universe was hot enough to generate new hadron/anti-hadron pairs. As the Universe cooled and new pairs were no longer created, most of the existing pairs annihilated one another.
Worldship: Why don’t the leptons and their anti particles annihilate one another?

Alkina: Oh, they will, I was just getting to that…

Lepton – One of the 3 most fundamental building blocks of the Universe, along with quarks and bosons. The most common lepton is the electron.

Annihilate – The process where a particle and its anti-particle collide, destroying both particles and leaving behind light energy (i.e. photons) in accordance with Einstein’s famous E = mc2 equation.