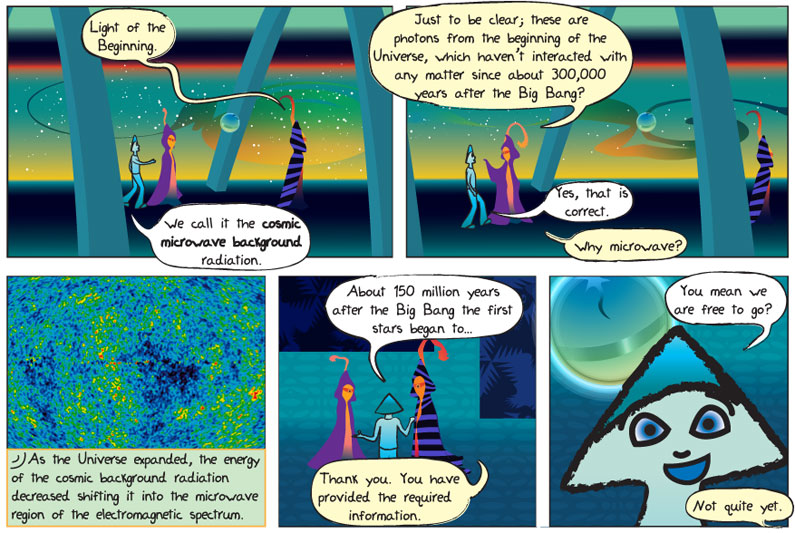 Worldship: Light of the Beginning.
Alkina: We call it the cosmic microwave background radiation.

Worldship: Just to be clear, these are photons from the beginning of the Universe which haven’t interacted with any matter since about 300,000 years after the Big Bang?
Alkina: Yes, that is correct.
Worldship: Why microwave?

Panel 3
Alkina: About 150 million years after the Big Bang, the first stars began to…
Worldship: Thank you. You have provided the required information.

Panel 4
Alkina: You mean we are free to go?
Worldship: Not quite yet.