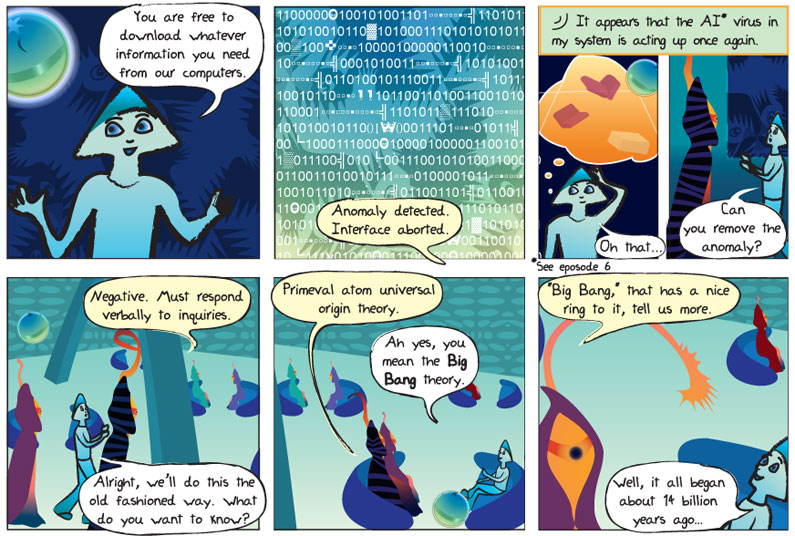 Panel 1
Alkina: You are free to download whatever information you need from our computers.

Panel 3
Epo: It appears that the A1 virus in my system is acting up again.
Alkina: Oh, that… Can you remove the anomaly?

Panel 4
Worldship: Negative. Must respond verbally to inquiries.
Alkina: Alright, we’ll do this the old fashioned way. What do you want to know?

Panel 6
Worldship: “Big Bang”, that has a nice ring to it, tell us more.
Alkina: Well, it all began about fourteen billion years ago.