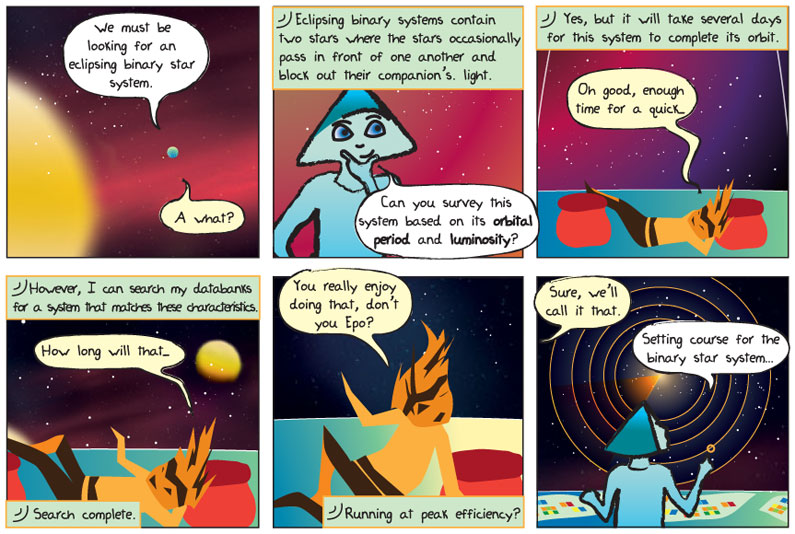 Panel 1
Alkina: We must be looking for an eclipsing binary star system.
Beggrin: A what?

Panel 2
Epo: Eclipsing binary systems contain two stars where the stars occasionally pass in front of one another and block out their companion’s light.
Alkina: Can you survey this system based on its orbital period and luminosity?

Panel 3
Epo: Yes, but it will take several days for this system to complete it’s orbit.
Beggrin: Oh, good, enough time for a quick…

Panel 4
Epo: However, I can search my databanks for a system that matches these characteristics.
Beggrin: How long will that…
Epo: Search complete.

Panel 6
Beggrin: Sure, we’ll call it that.
Alkina: Setting course for the binary star system.