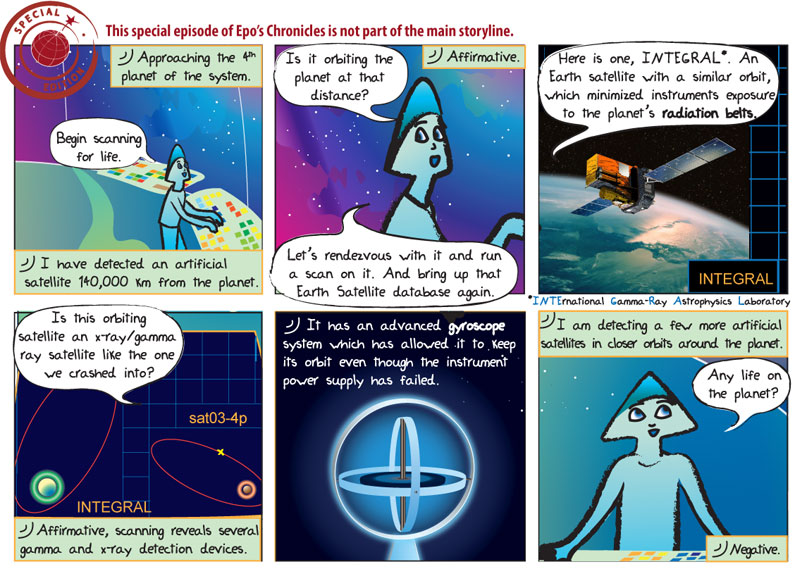 Radiation Belt – Regions around planets that contain high-energy charged particles which are trapped within the planet’s magnetic field.

Earth’s radiation belts are also known as the Van Allen Radiation Belts, after Dr. James Van Allen who discovered their existence in 1958. These regions of high-energy charged particles can wreak havoc on electronics, which is the reason why scientists avoid placing satellites in orbits inside the strongest regions of the belts. Satellites need additional shielding to help protect their electronics from the radiation. In some cases, scientists power-down their satellites when they enter strong regions of the belts.

INTEGRAL is a gamma-ray satellite currently (as of 2020) in operation. Its orbit takes it outside the Earth’s radiation belts. INTEGRAL is a joint mission between the European Space Agency (ESA), the Russian Space Agency, and NASA. It was launched in 2002, from the Baikonur Cosmodrome in Kazakhstan and has had great success, including the detection of black holes and other x-ray and gamma-ray emitting objects.