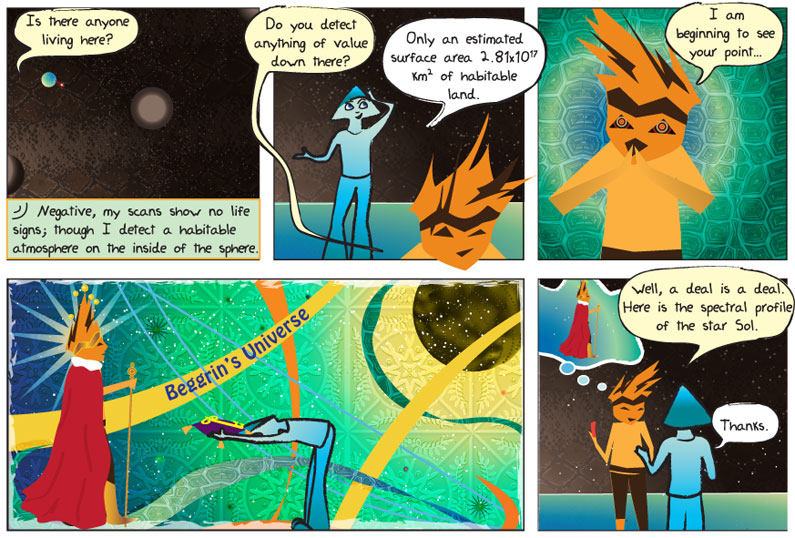 Panel 1
Beggrin: Is there anyone living here?
Epo: Negative. My scans show no life signs; although I detect a habitable atmosphere on the inside of the sphere.

Panel 2
Beggrit: Do you detect anything of value down there?
Alkina: Only an estimated surface area 2.81×10 to the 17th power square kilometers of habitable land.

Panel 3
Beggrin: I am beginning to see your point.

Panel 4
(Beggrin imagines being worshipped as King of his own Universe. )

Panel 5
Beggrin: Well, a deal is a deal. Here is the spectral profile of the star Sol.
Alkina: Thanks.

In this episode, the crew discovers that the inside of the Dyson Sphere has a surface area of 2.81 x 1017 km2, it might be hard to imagine, but this is the same surface area as about 500 million Earths put together. The surface area of a sphere is actually very easy to calculate, and it’s done from the following formula: