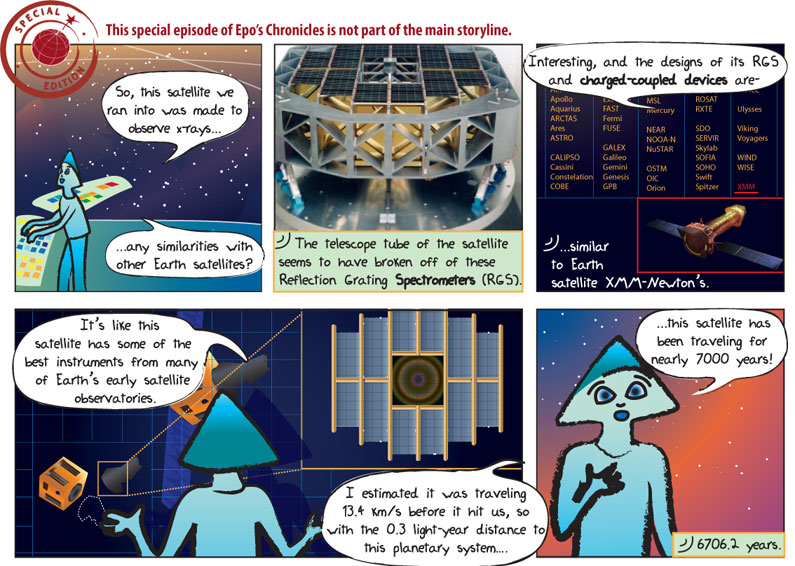 Spectrometer – An instrument that measures the intensity of light over a given spectrum, or range, of wavelengths.

Charged-Coupled Device (CCD) – Microchips that are electronic analogs of film for taking pictures or making videos. CCDs convert the light that falls onto it into electronic signals that can be stored and processed as image or video files. Cell phone cameras, webcams, and many telescope cameras use CCDs.

Reflection Grating Spectrometers (RGS) are instruments used to spread out x-rays onto a detector, separating them by their wavelengths. This allows the intensity at each wavelength to be determined separately. For the XMM-Newton satellite, x-rays are focused down to the RGS by specially designed mirrors, called Wolter Mirrors, that can reflect x-rays. The first part of the RGS is made of gratings. These help to separate the x-ray light by wavelength (like a prism does for visible light). Strips of charged coupled device (CCD) detectors at the base of the RGS process the resulting x-ray intensities, each handling a different set of wavelengths.