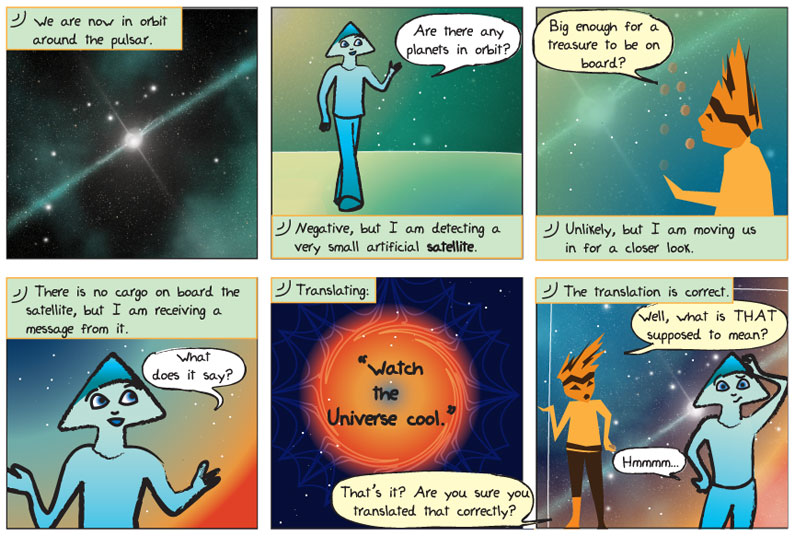 Panel 1
Epo: We are now in orbit around the pulsar.

Panel 2
Alkina: Are there any planets in orbit?
Epo: Negative, but I am detecting a very small artificial satellite.

Panel 3
Beggrin: Big enough for a treasure to be on board?
Epo: Unlikely, but I am moving us in for a closer look.

Panel 4
Epo: There is no cargo on board the satellite, but I am receiving a message from it.
Alkina: What does it say?

Panel 5
Epo: Translating: Watch the Universe cool.
Beggrin: That’s it? Are you sure you translated that correctly?

Panel 6
Epo: The translation is correct.
Beggrin: Well, what is that supposed to mean?

This time the clue has something to do with the changing temperature of the universe. This may lead you to more questions like, what IS the temperature of the universe and how do scientists measure it? If it’s changing, does that mean that it was something very different in the past? And if so, what will it be like in the future? All of these questions revolve around one very important discovery that scientists made in the 1960s; if you can guess what it is, you’ll be one step ahead of Epo and Alkina.