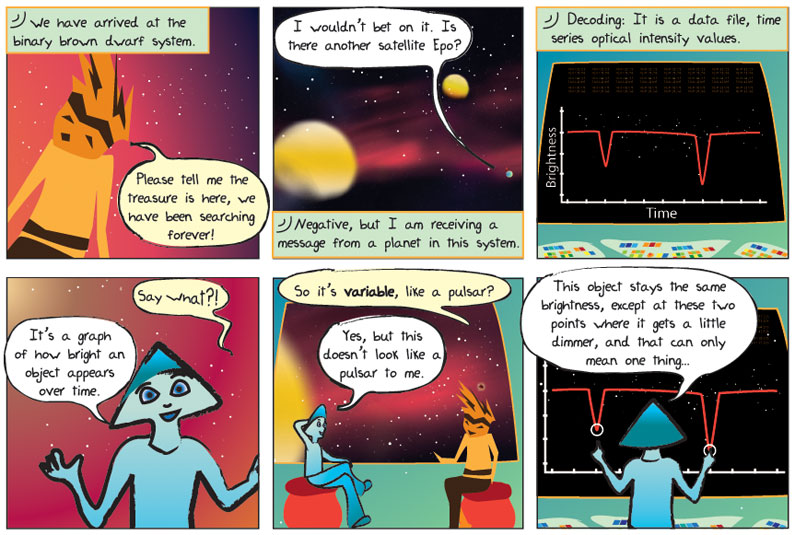 Panel 1
Epo: We have arrived at the binary brown dwarf system.
Beggrin: Please tell me the treasure is here, we have been searching forever!

Panel 2
Alkina: I wouldn’t bet on it. Is there another satellite, Epo?
Epo: Negative, but I am receiving a message from a planet in this system.

Panel 4
Beggrin: Say what?
Alkina: It’s a graph of bright an object appears over time.

Panel 6
Alkina: This object stays the same brightness, except at these two points where it gets a little dimmer, and that can only mean one thing….

Variable – This indicates that a value can change. For instance, the brightness of a pulsar changes depending on whether or not its beam of light is pointing towards us when we are looking at it.

This time the clue relates to an object that is in the optical spectrum, which is the spectrum that you can actually see with your eyes when you look up at the night sky. Of course, the most prominent objects in the optical spectrum are stars. Can you think of any reason that the light we see from a star might occasionally decrease? Can you think of any time that the light we can see from the sun drops?