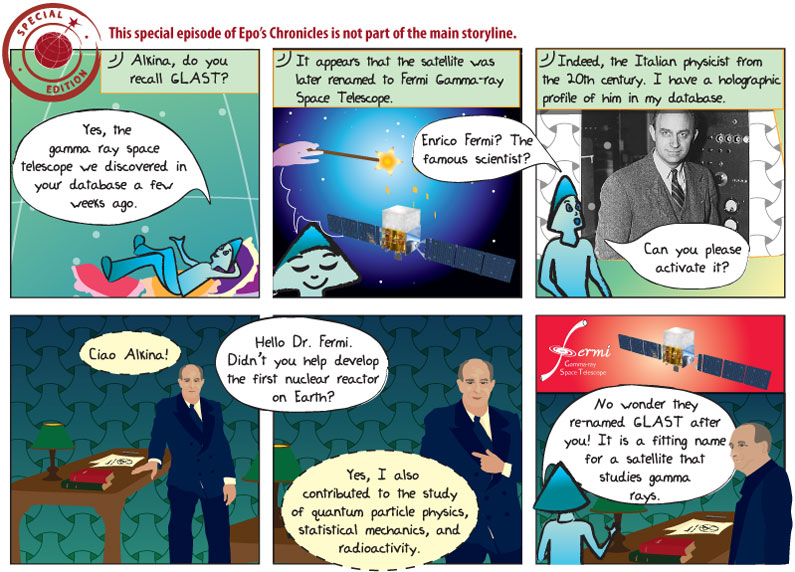 Radioactivity – The natural or artificial process that causes the nucleus of a stable atom to become unstable thereby breaking apart to become a new element.

Neutron – is one of the particles that makes up the nucleus (center) of atoms.

Enrico Fermi was born in Rome, Italy in 1901 and later became a United States naturalized citizen in 1944. He won the Nobel Prize in Physics in 1938 for demonstrating that radioactivity can be induced in stable elements by bombarding them with neutrons. This work is the basis of the nuclear power used to generate electricity as well as the process that powers nuclear bombs. Fermi worked with the team that developed the first atomic bomb in the 1940s.

Fermi was regarded by his peers as a modest man who excelled both in theoretical and experimental physics. Several U.S. Patents were granted to him for his inventions involving nuclear reactions.

Besides the Fermi Gamma-ray Space Telescope, some other things named after Enrico Fermi are:

Enrico Fermi died in 1954 in Chicago, Illinois from stomach cancer.

Intervista Impossibile – Life and works of Enrico Fermi (in Italian).