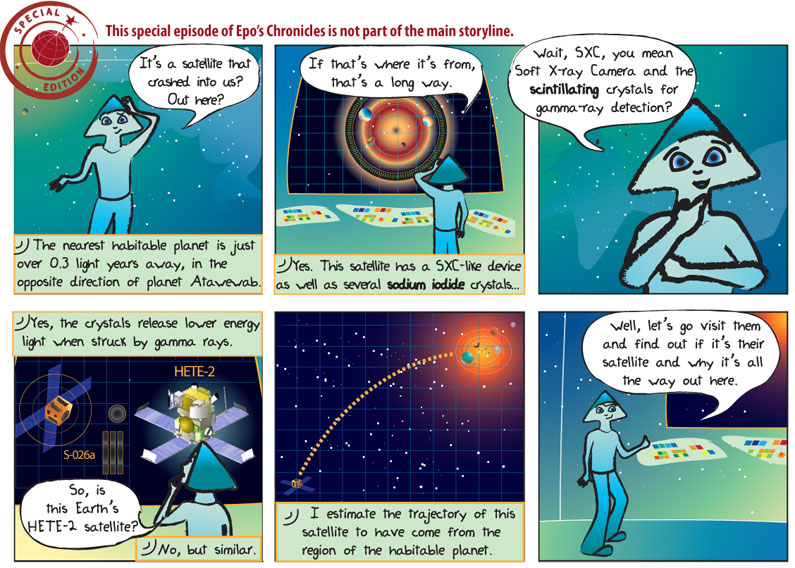 Scintillation – When high energy light, such as gamma rays, strikes certain substances, such as sodium iodide crystals, it produces a flash of lower energy light. Physicists call this process scintillation.

Sodium Iodide Crystals – These specially treated crystals, made from sodium and iodine atoms, are used as part of gamma-ray detectors. The gamma rays produce flashes of optical light when they pass through the crystals, and the optical flashes are detected by photomultipliers – devices that convert visible light into electric current.