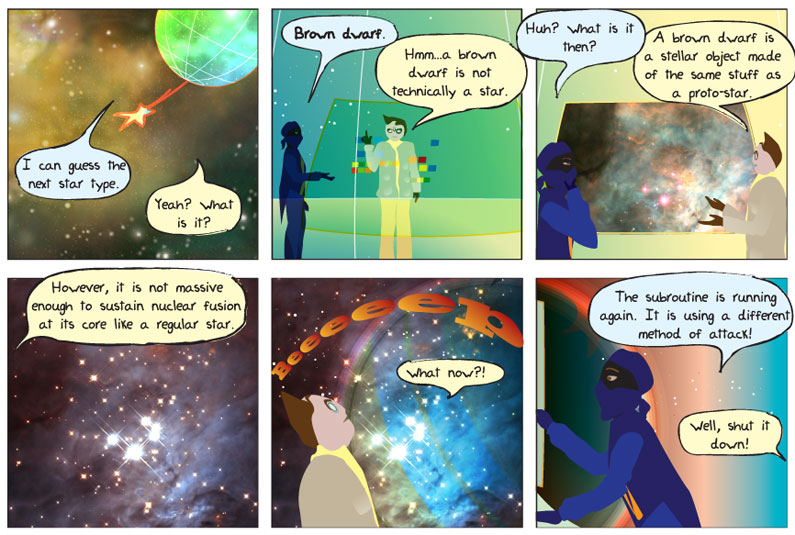 Panel 1
Pirate: I can guess the next star type.
Scientist: Yeah? What is it?

Panel 3
Pirate: Huh? What is it then?
Scientist: A brown dwarf is a stellar object made of the same stuff as a protostar. However, it is not massive enough to sustain nuclear fusion at its core like a regular star.

Panel 5
Pirate: The subroutine is running again. It is using a different method of attack!
Scientist: Well, shut it down!

Brown dwarf – are cosmic objects that are too small to be stars and too large to be planets. They have the same composition as stars but because of their low mass are unable to sustain nuclear fusion (if they ever manage to get fusion started) at their cores.