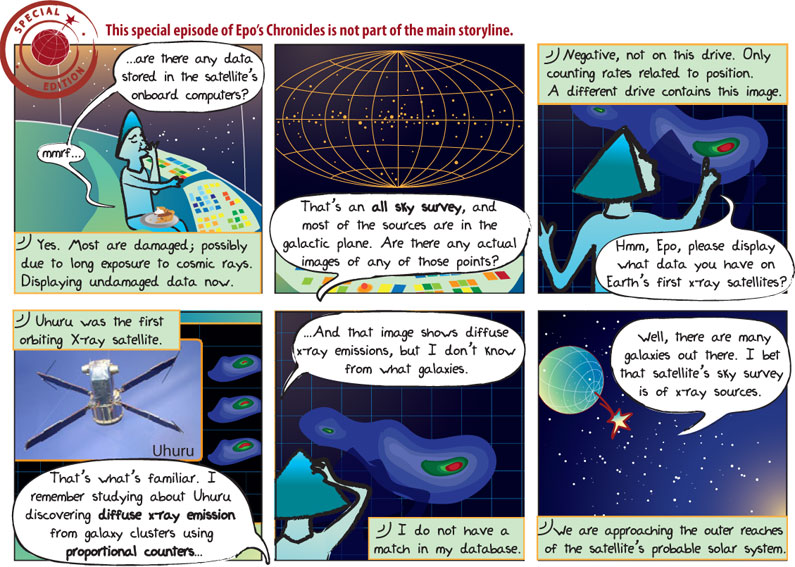 All Sky Survey – A map created by taking images of every region of the sky, generally at a particular set of wavelengths, in order to detect and catalog the objects found.

Proportional counters – Detectors in which high-energy photons (such as X-rays) ionize gas, producing a number of charged particles that is proportional to the energy of the incoming photon. The photon’s energy can then be determined by reading out the resultant pulse of charge.

Diffuse X-ray Emission – A source of x-rays that is not a point source, but rather generating x-rays from a large region or area.

Uhuru, also known as SAS-1 (for Small Astronomical Satellite 1), was the first dedicated x-ray satellite ever launched. Its name is the Swahili word for “freedom.” The satellite was launched on December 12, 1970 from San Marco, Kenya; it was of the seventh anniversary celebration of that country’s independence.