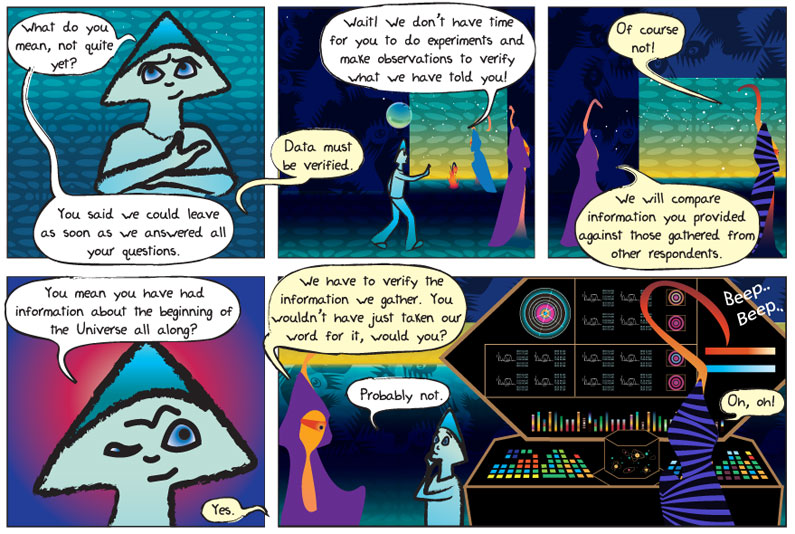 Panel 1
Alkina: What do you mean, not quite yet? You said we could leave as soon as we answered all your questions.

Worldship: Data must be verified.
Alkina: Wait! We don’t have time for you to do experiments and make observations to verify what we have told you!

Panel 3
Worldship: Of course not! We will compare information you provided against those gathered form other respondents.

Panel 4
Alkina: You mean you have had information about the beginning of the Universe all along?
Worldship: Yes.

Worldship: We have to verify the information we gather. You wouldn’t have just taken our word for it, would you?
Alkina: Probably not.